Meanwhile Americans griped that China was serving up an undercooked yuan. Burgernomics provides one way to keep track of the food fight. Our Big Mac index is based on the theory of purchasing-power parity. It says that in the long run exchange rates ought to adjust so that a basket of goods and services costs the same across countries. Our basket contains just one item, a Big Mac except in India, where we substitute the Maharaja Mac, a chicken sandwich. The latest dispatch from the world of burgernomics suggests that despite the Federal Reserve's best efforts, the dollar has been fattening up.

Crises of various sorts are partly to blame. Political turmoil is depressing the hryvnia. And quite a lot of the dollar's relative appreciation can be linked to the woes of the euro area.

Nordic currencies that looked wildly overvalued by our greasy metric fell closer to fair value during the worst years of the euro crisis--to the relief of Swedish and Danish exporters. Despite its recent rise sterling also remains below its hearty level of six years ago, and is now close to fair value. 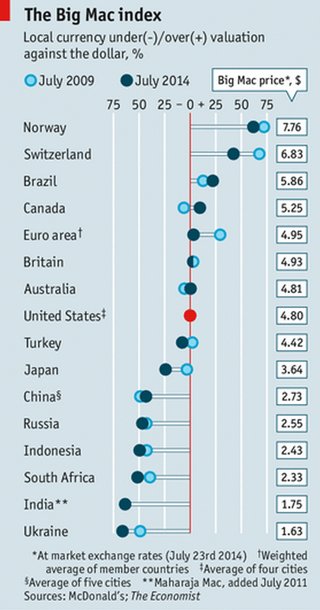 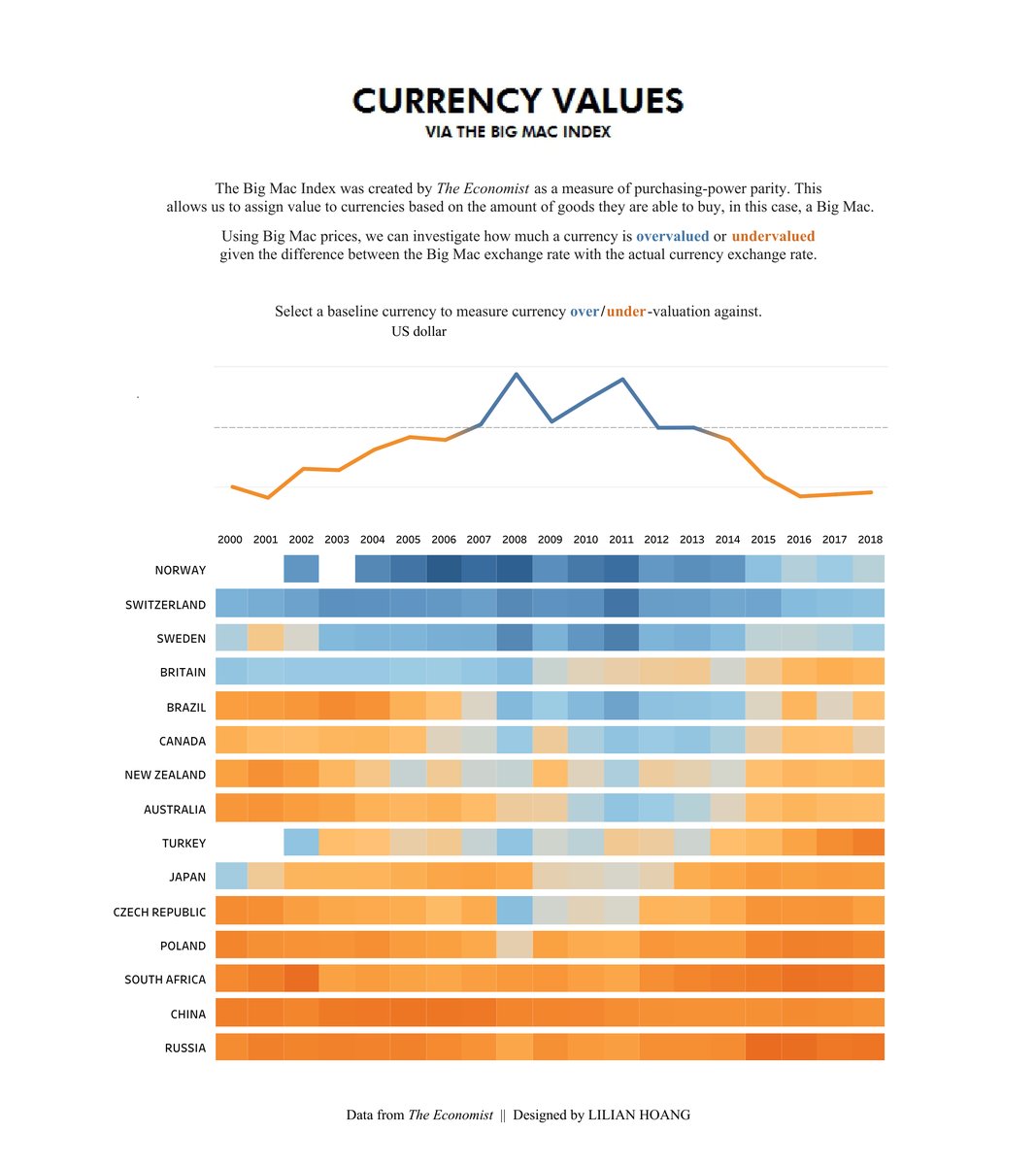 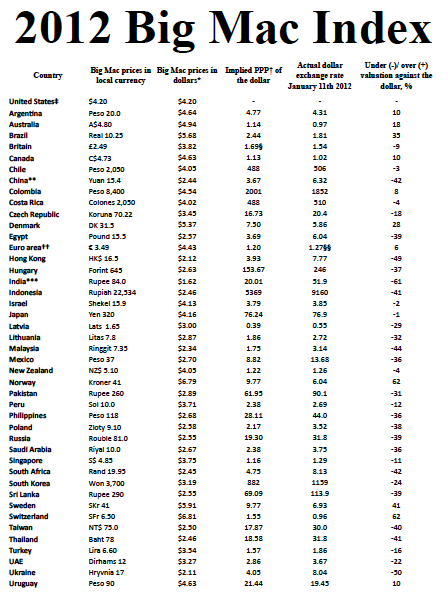 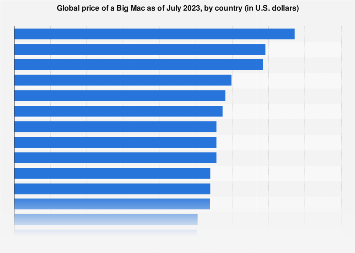